Celebrating inspirational women and their legacies.

Inspired by recent events and progression in the rights of women in Saudi Arabia, and all persistent, intelligent and influential women around the world, we took a look at five individuals who have in one way or another shaped history, shattered glass ceilings and left a legacy for women of all walks of life to aspire to. After reading about these legendary women, you’ll quickly come to the realisation that you have the tools within you to contribute towards society–no matter your field–your contribution, big or small, is important and just might inspire those around you to follow suit.

One of the most famous female rulers in history, Cleopatra VII Thea Philopator reigned as queen of Egypt, and the last ruler of the Macedonian dynasty, during the 1st Century B.C. Her life inspired a Shakespearean play and many movies with the most famous feature starring Elizabeth Taylor in 1963. Her life has since and continues to captivate historians, storytellers and the general public because of what she represented in such a male-dominated society. Cleopatra, in an era when Egypt was roiled by battles, held the country together. She was quite famous for her beauty and how she used it in protecting her empire from Roman invaders. She proved to be as powerful a leader as any of her male counterparts.

“I will not be triumphed over.”

A timeless example for mankind, Khadija bint Khuwaylid, the wife of the Prophet of Islam, was a wise woman who shattered the proverbial glass ceiling for women in business over 1,400 years ago. Born to a father who was a successful merchant in their Quraysh tribe of Mecca, Khadija inherited her father’s skills in a time in history where society was male-dominated and dangerous. Following his death, she took the reins of the business and carried on with commerce as usual. She traded goods through the primary centres of that time, from Mecca to Syria to Yemen, hiring the trust worthiest of men of character to brave the dangerous trade routes. With a business larger than all of the Quraysh trades combined – and the most highly acclaimed reputation of fair-dealing and high-quality goods – Khadija earned the monikers, Ameerat-Quraysh (Princess of Quraysh) and al-Tahira (The Pure One). In a male-dominated society this fierce female taught herself how to navigate the world of business without compromising her modesty or integrity – a true force to be reckoned with. 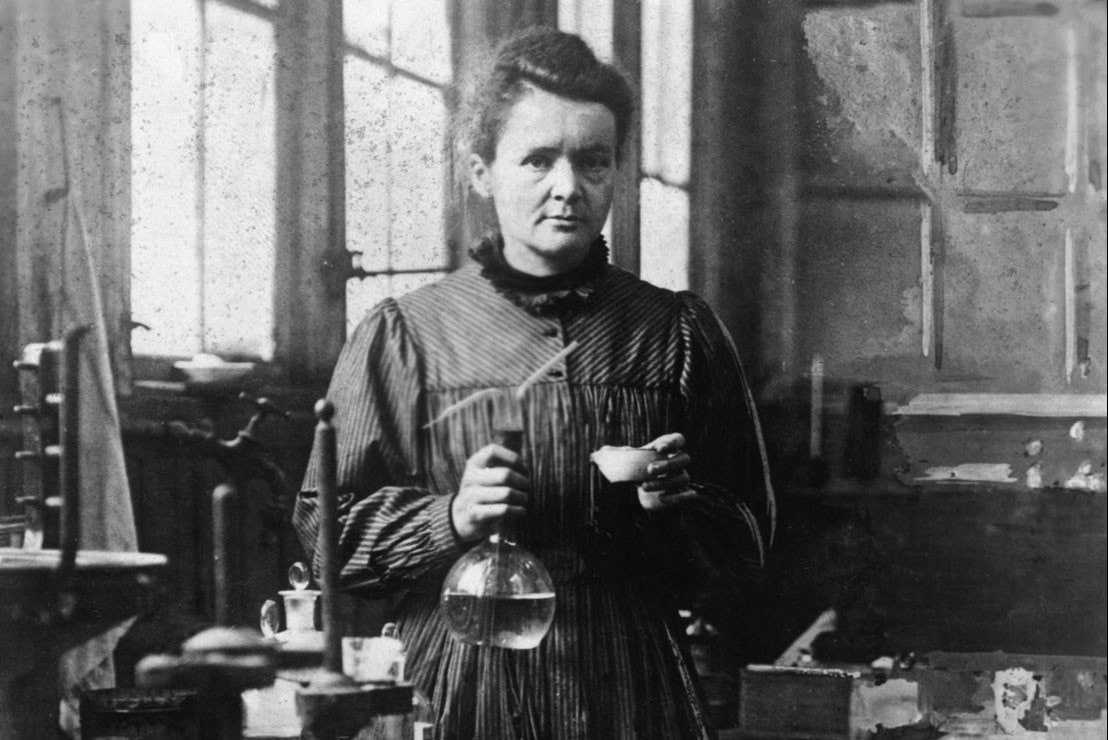 A legendary physicist and scientist, Marie Curie was the first woman to win a Nobel Prize. Not only was she the first woman to win a Nobel Prize, she later became the first person–man or woman–to win the award twice. Curie received her first Nobel Prize in Physics, alongside her husband Henri Becquerel, in 1903 for their work on radioactivity–in which they used their prize money to continue their research. Eight years later, in 1911, Curie won her second Nobel Prize, this time in Chemistry, for her discovery of radium and polonium. Meanwhile, she won this award alone, she credited her win to her collaborative work with her late husband.

She remains the only one to be honoured for accomplishments in two separate sciences. Curie joined with other famous scientists around the time of her second Nobel Prize, including Albert Einstein and Max Plank, to attend the first Solvay Congress in Physics where they discussed many groundbreaking discoveries in their field. She championed the use of portable X-ray machines in the field when World War I broke out in 1914, devoting her time and resources to the cause. In 1995, Marie’s remains were interred in the Panthéon in Paris, the final resting place of France’s greatest minds. She became the first woman to be laid to rest there. An inspiring woman, to say the least, Marie Curie is remembered as a leading figure in science and a role model for women.

“Nothing in life is to be feared, it is only to be understood.” 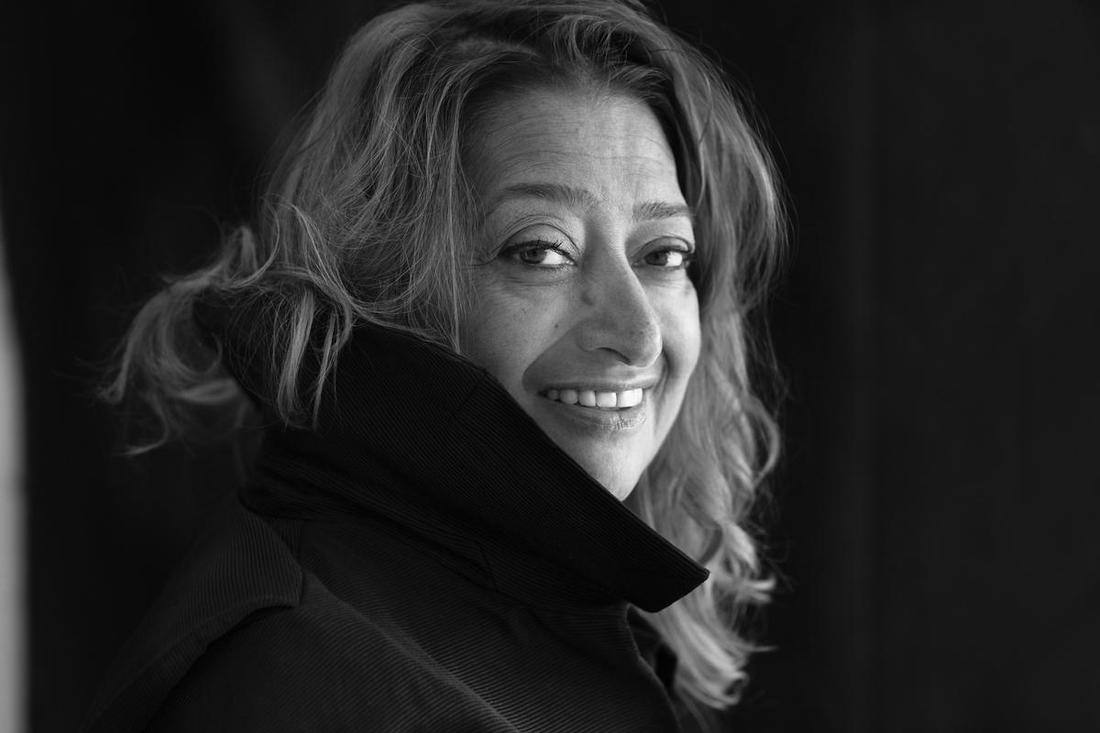 Commonly known as the “Queen of Curves”, Dame Zaha Mohammad Hadid’s designs call attention to twisting dynamics, curving shapes and opulent layering. Her pioneering vision redefined architecture for the 21st century and captured imaginations across the globe. Remembered as an architect who was always pushing the boundaries of design, her signature style was her ability to transform the notions of what can be achieved with concrete, steel and glass. She infused every project with her unwavering optimism for the future and belief in the power of invention with advanced design. Hadid held numerous chairs and guest professorships at universities around the world including Colombia, Harvard, Yale and the University of Applied Arts in Vienna. She solidified her reputation as an architect of built works in 2000, when work began on her design for a new Lois & Richard Rosenthal Center for Contemporary Art in Cincinnati, Ohio. The 85,000-square-foot (7,900-square-metre) centre, which opened in 2003, was the first American museum designed by a woman. In 2004, she was awarded with the Pritzker Architecture Prize – the equivalent of the Nobel Prize according to the world of architecture. In addition to receiving the Stirling Prize, one of architecture’s highest accolades, by the Royal Institute of British Architects, she was made a Dame Commander of the Order of the British Empire (DBE) by Queen Elizabeth II in 2012, and in February 2016, received the Royal Gold Medal. Zaha Hadid passed away on the 31st of March 2016 leaving behind a legacy. 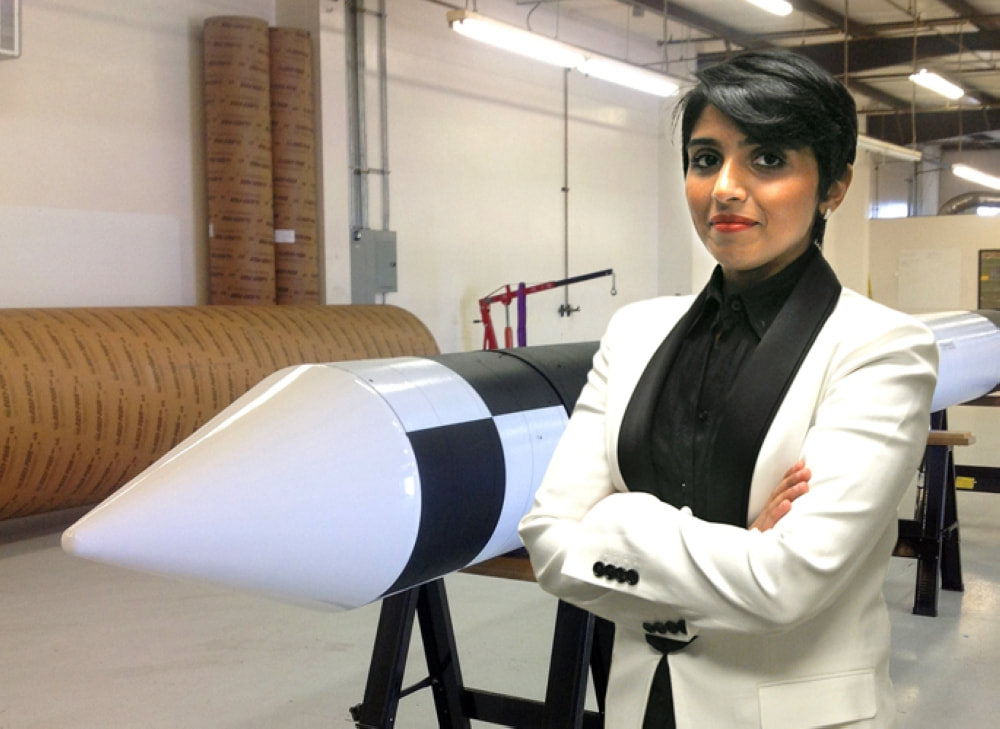 As the first female Saudi to join US space agency NASA, Mishaal Ashemimry is fully aware of the influence she has on younger generations who aspire to join her field and she takes that responsibility with great stride. Inspired at the ripe age of 6 years old, Ashemimry discovered her passion for outer space while gazing at the stars in the middle of the Unayzah desert. An aerospace engineer and CEO of MISHAAL Aerospace, which she founded at age 26, Ashemimry’s goal is to send small satellites into orbit with cost-effective space access vehicles known as the M-Rocket Series. Currently working as a consultant in her field, her previous work experience included working for Raytheon Missile Systems’ Aerodynamics Department where she contributed to twenty-two different rocket programs. Ashemimry’s areas of expertise include: aerodynamics, wind tunnel testing, vehicle design, predictive simulation and analysis and rocket stage-separation analysis, with a strong focus on computational tool development.

As a graduate research assistant, Ashemimry worked on a NASA Marshall Space Flight Center project, which focused on nuclear thermal propulsion. She analaysed and designed a new thermal nuclear rocket engine for Mars Missions for NASA. She analyzed and modeled the thermo-fluid behavior inside the nuclear core of the 1960s NERVA-Type reactors to better understand the issue of large wall thermal gradients and to benchmark codes to design a new nuclear thermal rocket engine. Her research involved analysing, modeling, optimising and redesigning the grooved-ring reactor to minimize or eliminate thermal wall gradients and enhance rocket performance. Ashemimry’s research was successful and she published a conference paper in July 2007 at the 43rd AIAA/ASME/SAE/ASEE Joint Propulsion Conference and Exhibit. From a little girl determined to make her dreams come true, to a young adult with a wealth of knowledge and experience under her belt, Mishaal Ashemimry is proof that no dream is too big and no star is too far out of reach.

“In life one is lucky to have a dream, to stop at just having a dream is a calamity.”