The Allure of Emeralds

As green as the Kingdom of Saudi Arabia’s flag, emeralds are admired for their vivid colour. The precious gem has many special qualities, however most professionals and jewellery admirers would agree that emeralds are most ardently loved for their striking lush green colour which has soothed souls and excited imaginations since antiquity.

A stone that has been mined and prized for centuries, emeralds are among the rarest of all gemstones and are often more expensive than diamonds. Its name comes from the ancient Greek word for green, “smaragdus”. According to the Gemological Institute of America, the oldest emeralds are over 2.97 billion years old from South Africa.

The first known emerald mines were in Egypt, dating from at least 330 BC into the 1700s. Cleopatra was known to have a passion for emerald, and used it in her royal adornments. When the Spanish invaded what is now Colombia, emeralds were a part of the plunder that left with them back to Europe. The Spaniards however, were more interested in precious metals and therefore traded the gems for silver and gold, in turn opening the eyes of European and Asian royalty to emerald’s majesty. 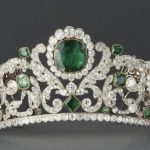 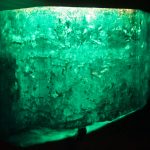 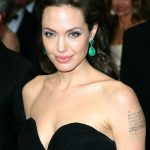 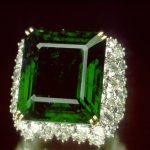 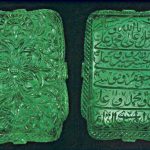 Four of the most famous historical emeralds include: the Chalk Emerald, weighing at 38.4 carats the gem is set into a ring surrounded by some 60 pear shaped diamonds, the Diadem of the Duchess of Angoulême Marie Thérèse of France – which now sits on display at the Louvre Museum, the Mogul Emerald, a 217.80 carat square gem carved on both sides with Arabic script of a prayer and a floral design, which was sold at auction by Christie’s of London in 2001 for $2.2 million and lastly is the Guinness Emerald Crystal which is one of the largest gem-quality emeralds in the world weighing 1,759 carats belonging to the Banco Nacionale de la Republica in Bogota, Colombia.

Not only have emeralds been admired by royalty around the world, they’ve also garnered quite the admiration from Hollywood, unsurprisingly. Elizabeth Taylor was one actress who really knew how to create a collection. The Hollywood star, known for her love of jewellery, acquired many emerald and diamond pieces over her career, gifted to her by Richard Burton. Her collection was so vast, she insisted on wearing her own jewels in the films she acted in. Another Hollywood dame, Angelina Jolie, made her emerald debut when she walked the 2009 Oscars red carpet in a pair of now famous 115-carat emerald-drop earrings – that day, the actress made what has since been remembered as her most expensive ($2.5 million) and best award show look to date.

A part of the family of gems called beryl, and the most famous one at that, emerald was once believed to cure diseases, reveal truth or falseness of a lover’s oath, as well as make one an eloquent speaker. The ancient Egyptians thought that the green of emeralds was a symbol of the green renewal of the earth during the springtime, and so attributed to the gem symbolism relating to fertility, rebirth, and ease of childbirth. Mummies were sometimes buried wearing emeralds in the hope that the precious stones would bring them eternal youth in the afterlife.

Much like diamonds, the four Cs are just as important when it comes to emeralds. The most desirable colours are bluish green to pure green – the most prized emeralds are highly transparent. ­However, clarity is considerably different when it comes to evaluating the quality of an emerald. Referred to as the emerald’s ‘jardin’, or garden – inclusions in an emerald are more common. An eye-clean emerald (meaning, without flaws) is very uncommon, a rare find, an emerald without a single flaw holds a very high value.

Cut is always carefully considered when it comes to emeralds, as the cutter must consider the rough’s depth of colour, durability and inclusions when cutting a new shape, as any loss of weight greatly reduces the value of the gem. A one-carat emerald, for instance, will appear larger than a one-carat diamond due to its lower density. When it comes to the style of cut, the emerald cut, a rectangular shape, is common for emeralds as it can help protect against damage thanks to faceted corners, which offer the safest place for prongs to protect the emerald.

With all of its sensitive characteristics and flawed inclusions, the emerald is still held at a high regard and admired for its striking beauty – a lesson we can all learn from. Flaws aside, beauty can be found in even the greatest imperfections. Rather than focus on your flaws, let your true colours shine and find the fascination in your own beautiful identity.